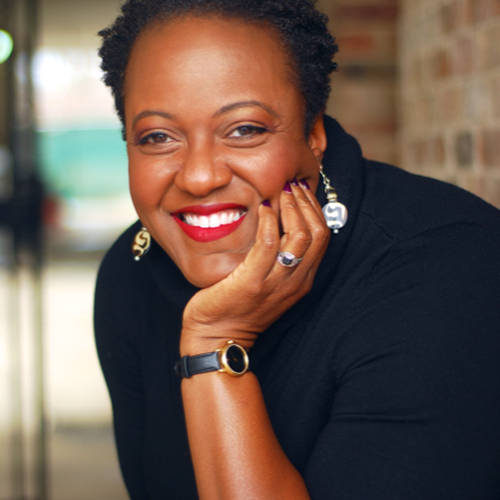 Talks covered by this speaker

Elected at age 27, Heather McTeer Toney knows what it means to be a public servant. She was the first African-American, first female and the youngest to serve as Mayor of Greenville, Mississippi from 2004-2012. In 2014, she was appointed by President Barack Obama as Regional Administrator for Environmental Protection Agency’s (EPA) Southeast Region. Known for her energetic and genuine commitment to people, her work has made her a national figure in the area of public service, environmental justice and community engagement. She currently serves as the Climate Justice Liaison for the Environmental Defense Fund (EDF) and Senior Advisor to Moms Clean Air Force, two affiliated organizations that represent over 3 million climate and environment allies committed to fighting climate change and protecting children from the dangers of air pollution. Heather is a sought-after speaker and writer.

The daughter of a civil rights attorney and public school teacher, Heather was born and raised in Greenville, Mississippi. In 2003, she was elected Mayor of the City of Greenville and re-elected for a second term in 2007. Under her leadership, the city emerged from significant debt, focused on sustainable infrastructure repair and received millions of dollars in grants and federal assistance. At EPA, Mrs. Toney was responsible for protecting public health and the environment in eight southeastern states, as well as six federally recognized tribes; making Region 4 the most populated and diverse of ten regions. In addition, she led efforts to create and support local environmental justice initiatives, promote clean energy and enhance the quality of work life for Region 4’s approximately 1,000 employees while effectively managing a budget of more than $500 million.

Heather has served in several roles throughout her career including as a National Spokeswomen for She Should Run!, a National Organization that encourages women to run for office. She is an expert on environmental and climate justice with SheSource, a publication of the Women’s Media Center and is often called up for advocacy and training diverse officials on equity in leadership, environment and climate. She has presented in over 15 countries including Kenya, France, Portugal, Nigeria and Senegal. She is a member of the board of directors for Vote Solar

Heather Toney has appeared on numerous news outlets including CNN, MSNBC, Fox News, and Democracy Now! She has written for and been featured in publications such as the New York Times and the Washington Post and is a regular columnist for DAME magazine. Most recently, Heather was one of the essayist featured in the breakout Climate book of 2020, “All We Can Save”, essays from women at the forefront of the climate movement. Heather was featured in the May 2005 issue of Essence Magazine as one of the “50 Most Remarkable Women in the World. She is also one of the winners of Marie Claire Magazine’s “Women on Top” awards and the inaugural Rachel’s Network “Catalyst Awards” recognizing women of color that work on climate issues. Heather is often a guest on various Sirux/XM radio shows and was included in the PBS/AOL documentary entitled “MAKERS”, where she appears alongside noted women such as Hilary Clinton and Condoleezza Rice.

Mrs. Toney earned a bachelor’s degree in Sociology from Spelman College in Atlanta and her law degree from the Tulane University School of Law. She is a member of Alpha Kappa Alpha Sorority, Inc., and an active member of Oxford University United Methodist Church. Heather loves to compete in triathlons and is a member of several sports related groups. She is married to Dexter Toney and they have three children.

We use cookies This website (and some of its third-party tools) use cookies. These are important as they allow us to deliver an exceptional experience whilst browsing the site.