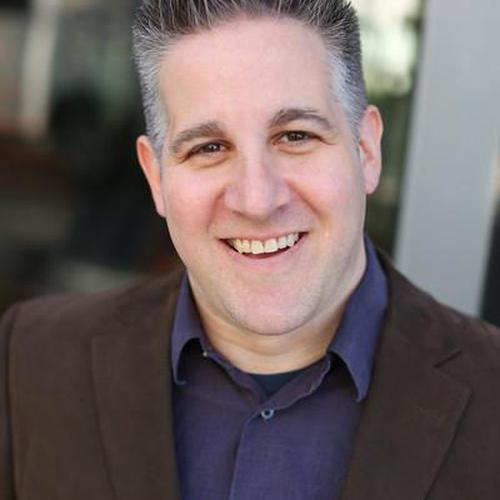 Talks covered by this speaker

Eric Corey Freed is an award-winning architect, 11-time author, global speaker and notorious comedian. As a trained facilitator, adjunct professor, and sought-out lecturer, Eric has educated more than 300,000 people across all 50 states and 7 countries on issues related to sustainability, high-performance building, and the built environment. His books and videos have been viewed by over 1 million people worldwide.

He is Senior Vice President of Sustainability for CannonDesign, an innovative architecture firm that designs high-performance spaces around the world. In that role, he identifies creative solutions to improve the quality of over 15 million square feet a year of all project types, including healthcare, education, and commercial spaces. For two decades, he was also Founding Principal of organicARCHITECT, a visionary design leader in biophilic and regenerative design. As a licensed architect, Eric brings over 25 years of experience in helping architects, builders and owners use sustainability to improve the design and operational savings for thousands of buildings around the country. Companies like Autodesk, Pixar, Apple and Lowe’s have hired Eric to help them incorporate deeper sustainability into their businesses.

Eric is the author of 11 books, including "Green Building & Remodeling for Dummies", a bestseller with over 200,000 copies in print, and "Sustainable School Architecture." His how-to book, “Green$ense for your Home” won the 2011 Outstanding Book Award from the American Society of Journalists and Authors.

Previously, he was Chief Community Officer at EcoDistricts, a nonprofit that helps cities and developers create regenerative, resilient and socially equitable neighborhoods for everyone, and Vice President of the International Living Future Institute, a nonprofit that developed the Living Building Challenge, a global, regenerative, deep green building standard.

Eric has served on the boards & advisory boards of dozens of companies and non-profits throughout his career focused on helping them get "unstuck" through strategy, planning, and implementation for next stage planning. His real skill lies in helping these organizations connect the dots and uncover new opportunities to raise funding, generate revenue, attract customers and streamline operations. He does this through the lens of sustainability: return on investment, lifecycle costing, carbon accounting, social equity, and supply chain optimization.

Eric is considered a leader in the field; named by San Francisco Magazine "Best Green Architect" in 2005; "Best Visionary" in 2007; and "Green Visionary" by 7x7 Magazine in 2008. In 2012, he was named one of the 25 "Best Green Architecture Firms" in the US, and one of the "Top 10 Most Influential Green Architects." In 2017, he was named one of Build's American Architecture Top 25 and the following year, Fixr’s Top 200 Influencers in the Construction Industry. He also holds a prestigious LEED Fellow award from the US Green Building Council.

We use cookies This website (and some of its third-party tools) use cookies. These are important as they allow us to deliver an exceptional experience whilst browsing the site.